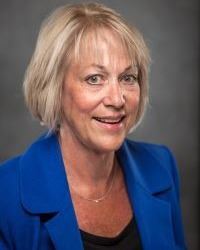 Jill Techel is a graduate of the University of North Dakota, who came to the City of Napa in 1971. Her first official position was as an appointee to the Napa Parks and Recreation Commission, and she later became the first female chairperson for that group. She was later elected to the Napa Valley Unified School District Board, serving a total of six years, including three years as President.

In 1996, Jill was appointed to fill the vacancy on the City Council due to the death of Mayor Ed Solomon. After completing that term, she ran for a Council seat and was elected. Following her two four-year terms on the Council, Jill was elected Mayor of Napa in March 2005, ran unopposed for a second term in November 2008, was elected to a third term in 2012, and a fourth term in 2016.

Jill serves as Program Coordinator for Leadership Napa Valley and received the Preceptor Award for outstanding Leadership Professionals from the National Community Leadership Association in 2004.

Mayor Techel represents the City as the delegate to the Association of Bay Area Governments (ABAG), as the Chair of the Napa County Flood Control and Water Conservation District, as a Board member of the Napa County Transportation and Planning Agency (NCTPA), Napa Sanitation District, and is the alternate representative of the City  on the Napa-Vallejo Waste Management Authority.