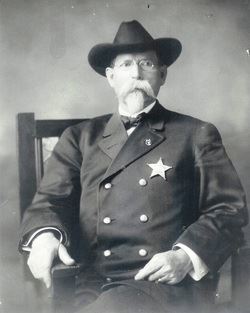 A Brief History of the Napa Police Department

When Napa was incorporated in 1872, there were only ten miles of city streets within its boundaries.  These ten miles (since swollen to 165 miles) became the birthplace of the Napa Police Department.

The city’s first law enforcement officer was Ebenezer Biggs, the Town Marshal.  The Marshal's duties were both criminal and civil in nature; in addition to arresting law breakers he was also called on to supervise street repairs, collect taxes,
assess taxes, impound stray animals, issue dog tags, serve civil papers, and so forth.

The Chief earned the princely sum of $100 a month.  Marshal Earl received $500 per year and the patrolmen and night watchmen were each paid $75 a month.  The night watchman’s main duties were preventing burglaries and sounding the alarm if a fire was observed.

The police officers in 1908 were ordered to wear the following style uniform: slouch hat with braid around band; double-breasted coat of blue material, with double row of brass buttons down front; trousers of same material as coat.  The officers were also required to wear their stars on the left breast of their outer garment.

At the time of Boyd's resignation, the offices of Police Chief and Fire Chief were combined as an economy measure after a contentious argument between members of the City Trustees.  C.F. Otterson, the Fire Chief, filled both offices and was paid $200 a month for his dual role ($160 for Fire Chief and $40 for Police Chief).  Chief Otterson was required to provide and maintain at his own expense an automobile for use by both departments.  Chief Otterson served as Police Chief until 1922. 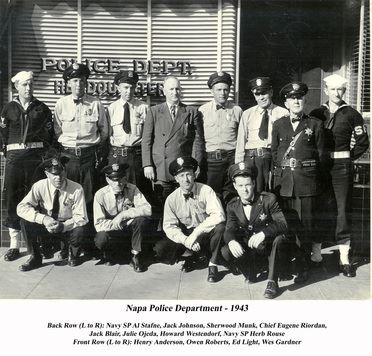 Chief Alexander Herritt was appointed in 1922, serving during the great depression and prohibition eras.  He served as Chief until January 1933, when he suffered a massive heart attack while on duty and died.  He was able to turn the ignition off on the vehicle he was driving and safely steer to the curb before succumbing. Chief Herritt was succeeded by Eugene Riordan, who led the Department through the tumultuous WWII era, retiring in 1952. During the war several retired Officers were brought back to beef up the force due to a shortage in manpower.  Officers patrolled the downtown jointly with Navy Shore Patrol Officers due to the influx of service men that would flock to the bars on Main Street from the nearby Naval Bases. 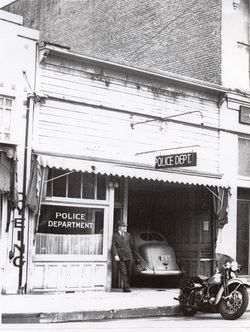 James C. Neal has the distinction of being the person to hold the job of Chief of Police for the shortest period of time; Neal, an FBI Agent, served as Chief for one year (in 1952).  During this time the Department moved from its longtime building on Brown Street (across from the historic courthouse) to 1091 Fifth Street, the current site of a day spa.  Chief Neal went on to become top cop for the Modesto Police Department.  Longtime Officer Sherwood Munk was appointed Chief in 1953. He oversaw the Department as it moved into its current building at 1539 First Street; the building has been remodeled and expanded twice since it was first built in 1957. 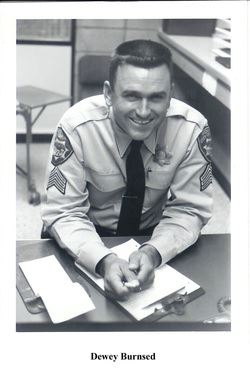 The junior traffic patrol, a program which used student volunteers as crossing guards at area elementary schools, was created during Chief Munk’s tenure. In 1961 the Department began running a fully-staffed radio dispatch operation. Prior to this time, Police Officers were required to man the phones and act as Dispatchers after the Police Clerks went home at 5 p.m.  Chief Munk was replaced by Kenneth Jennings in 1967.  Chief Jennings oversaw the Department as it obtained improved equipment such as two-way handheld radios and bulletproof vests.  In 1970 the “Positive Image” program first put Police Officers in area schools to interact with children by making presentations about what law enforcement was like.  The Department’s first SWAT team was established in 1978. 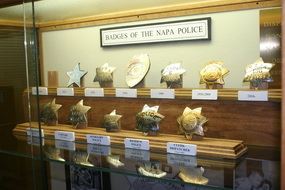 To honor the Department’s 125th anniversary a commemorative badge was issued in 2000; this 6-point silver badge later formally replaced the standard 7-point gold badge which Officers had worn since the 1940s. 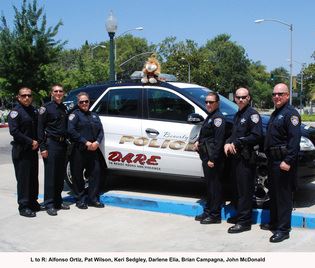 In 1987 Chief Daniel Monez was appointed Chief; he led the force until 2004.  Important programs such as DARE and the Youth Diversion Program were created during this time.  Officers began to employ problem-orientated policing (POP) strategies in order to address specific crime trends and address citizen concerns.

In 2004 Richard Melton was appointed as the Chief. He had previously served as Chief in the New Mexico cities of Farmington and Los Alamos.  He oversaw the Department’s transition to a paperless report writing system, incorporated mobile data computers and GPS tracking into its patrol cars, and began using digital photography and videography in its forensic processing.

Chief Steve Potter succeeded Chief Melton in 2014. Under his leadership the Department embraced the philosophy of Neighborhood-Based Policing. The Downtown Services Unit was created and the use of bicycle officers increased as measures to provide service to a recently re-invigorated downtown. Chief Potter retired in 2018, after serving over 37 years in Napa County law enforcement. He has since been appointed the interim City Manager.

In 2018, Chief Robert Plummer was sworn in after a nationwide search. He brought with him a wealth of knowledge from his former department, the Las Vegas Metropolitan Police Department (in Nevada), where he served in a variety of roles including Captain of an Area Command, and supervisor of the Homicide & Sex Crimes Division.