The Alta Heights Neighborhood is bounded on the west by the eastern bank of the Napa River, on the south by Coombsville Road and Third Street, on the east by the City of Napa boundary, and on the north by Clark and East Avenues. It was originally settled primarily after the turn of the century. After the Great Quake of 1906 in San Francisco, many Italian families moved to an area in northern Alta Heights, which came to be known as Little Italy. When the Napa River flooded, this neighborhood's height off the valley floor has often been appreciated. It has interesting, varied architecture and many of the residences in Alta Heights enjoy sweeping views of the City of Napa and beyond. 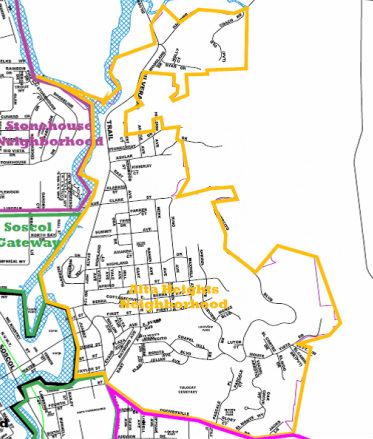