Browns Valley East Neighborhood is boarded on the north by Redwood Road, on the east by the Napa Creek and Highway 29, on the south by Browns Valley Road and the City limit line, and on the west by Westview Drive. It was originally part of a large valley of farms with mainly orchards and prunes. Browns Valley Road was named and was one of the first improved roads in western Napa in 1911. That improvement was paid for by the neighbors that the road serviced. It is known for its friendly neighborhood families and parks. 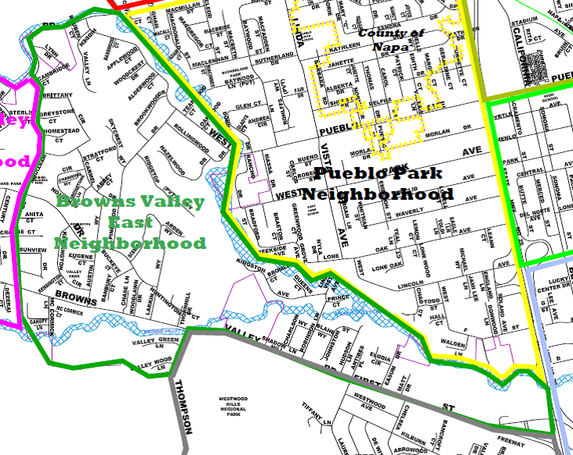