The Westwood Neighborhood is bounded on the west by the western City of Napa limit line, on the north by First Street, on the east by Highway 29, and on the south by Old Sonoma Road. It was originally part of a large valley of farms with mainly orchards and prunes. It hosts Westwood Hills Park, a large, hilly park opened in 1976 by the City of Napa and the Napa Premium Outlets, among other things. Many of the houses were built in the 1950's by famed local Napa building family, the Devitas. 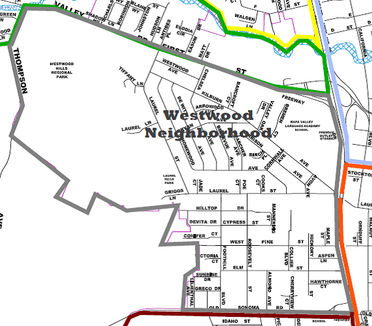