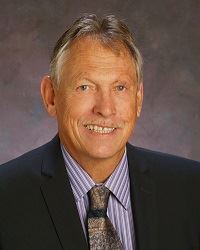 Scott was raised in Napa, graduating from Napa High School in 1970. He completed a four-year apprenticeship in carpentry, spending 13 years working as a union carpenter. His next opportunity and challenge was working for the Napa Fire Department. Starting as a Reserve Firefighter and then to permanent, working 32 years with the department. He retired as a Truck Captain in 2011.

Scott was elected to the Napa City Council in 2012 and re-elected to Council in 2016. Following a successful campaign in 2020, Scott became Napa's 25th Mayor since the incorporation of Napa in 1872. Mayor Sedgley currently serves on the Board of the Napa-Vallejo Waste Management Authority, the Napa Valley Transportation Authority (NVTA), the Watershed Information Center & Conservancy of Napa County and Napa County Local Agency Formation Commission (LAFCO).

Mayor Sedgley's interest in local history has him serving on the Napa Valley Opera House Board of Trustees, Board Member of the Napa Valley Historical Society, and has dedicated over three decades as a docent at Bale Grist Mill State Historical Site. Previous Offices and appointments Scott served on were the City's Parks and Recreation Advisory Commission, and he served nine years as a Board Member with the Napa Valley Unified School District.

Scott and his wife Linda have two grown children, two grandchildren and feel fortunate in having their entire family working and living in Napa.