Outside of Napa County 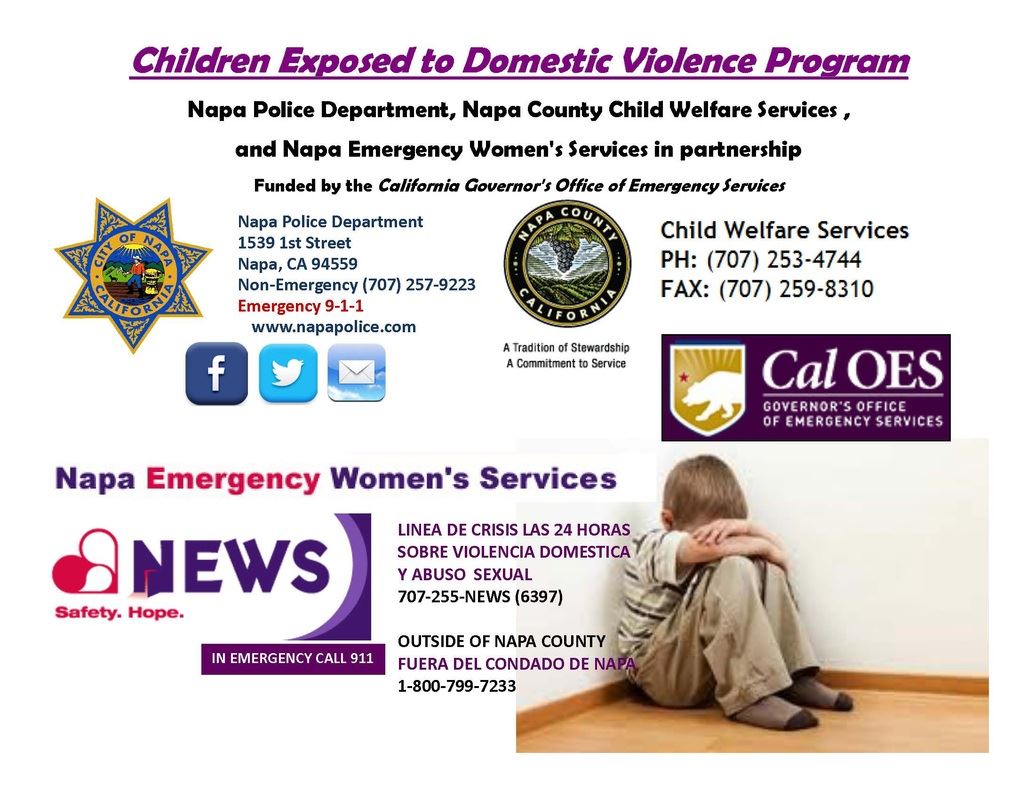 Domestic Violence is defined by the United States Department of Justice as a pattern of abusive behavior in any relationship that is used by one partner to gain or maintain power and control over another intimate partner. Domestic violence can be physical, sexual, emotional, economic, or psychological actions or threats of actions that influence another person. This includes any behaviors that intimidate, manipulate, humiliate, isolate, frighten, terrorize, coerce, threaten, blame, hurt, injure, or wound someone:

Who Is Affected by Domestic Violence

Domestic violence not only affects those who are abused, but also has a substantial effect on family members, friends, co-workers, other witnesses, and the community at large. Children, who grow up witnessing domestic violence, are among those seriously affected by this crime. Frequent exposure to violence in the home not only predisposes children to numerous social and physical problems, but also teaches them that violence is a normal way of life - therefore, increasing their risk of becoming society's next generation of victims and abusers.