The Coventry Neighborhood is bounded on the south and east by Golden Gate Drive, on the west by the City of Napa limit line and on the north by Old Sonoma Road. The south end of Coventry Neighborhood is anchored by the Stewart Dairy and Ranch. It was bought by the Stewart Family in 1904 and has been family owned and operated since then. It is known for it's famous "Oreo" cows, more formally known as Belted Galloway's. There is a development on the northern end of the neighborhood, known as the "state streets," where all the streets are named for states. It has several schools and beautiful views of the western hills and surrounding pastures. 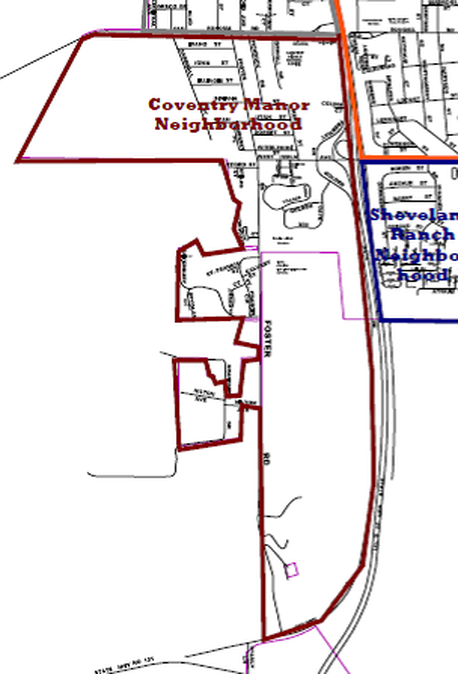