The Fuller Park Neighborhood is bounded on the west by the eastern border of Highway 29, on the south by West Imola Avenue, on the east by Franklin Street. The Fuller Park Neighborhood was originally settled in the mid-1800's, just before the City's incorporation. It has always been primarily a residential neighborhood, with many examples of period architecture. It is part of the National Register of Historic Places and has many homes on the Registry. In addition, it hosts a major city park, named after the area, and many County of Napa offices, including Health and Human Services and the Napa County Juvenile Justice Center and south Jefferson Street, and on the north by Oak Street and Third Street. 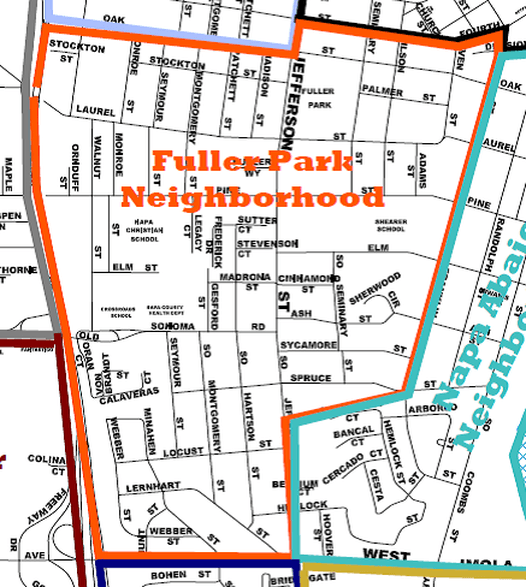