A little bit about our Neighborhood

The Sheveland Ranch Neighborhood is bounded on the west by Highway 29, on the south by the City of Napa limit line, on the east by South Jefferson Street and on the north by West Imola Avenue It was originally part of the famous Spreckels Stockfarm, a one thousand acre ranch in south Napa. The Stockfarm was famous for several reasons, one of which that was where Seabiscuit was sired. The ranch was sold to the Sheveland Family and then eventually broken into parcels and sold to different entities. The majority of the property is now the South Wetlands Opportunity Area, which is part of the Napa River Flood Control Project. A small part is the Sheveland Ranch Neighborhood and the Riverpark Neighborhood. 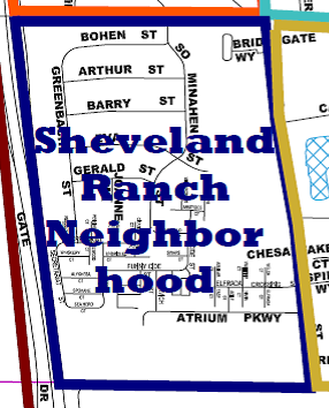